Chelo has been a key part of Gateway Church since 2017. Chelo is our Joint Cafe Manager and works alongside Teresa to provide a warm welcome to our customers of the community cafe, Cafe Avodah. 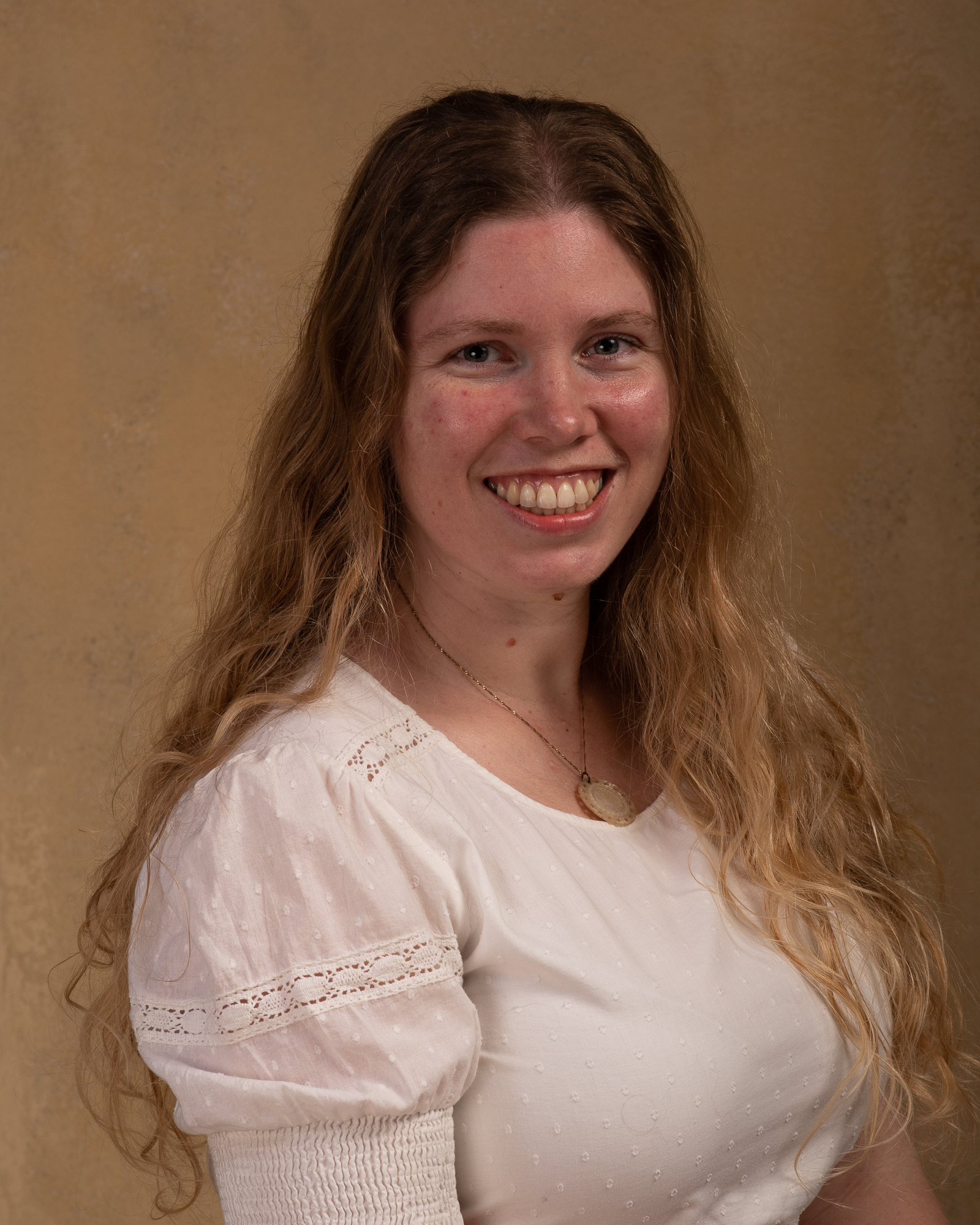 Emma is part of the leadership team of our Lostwithiel church. 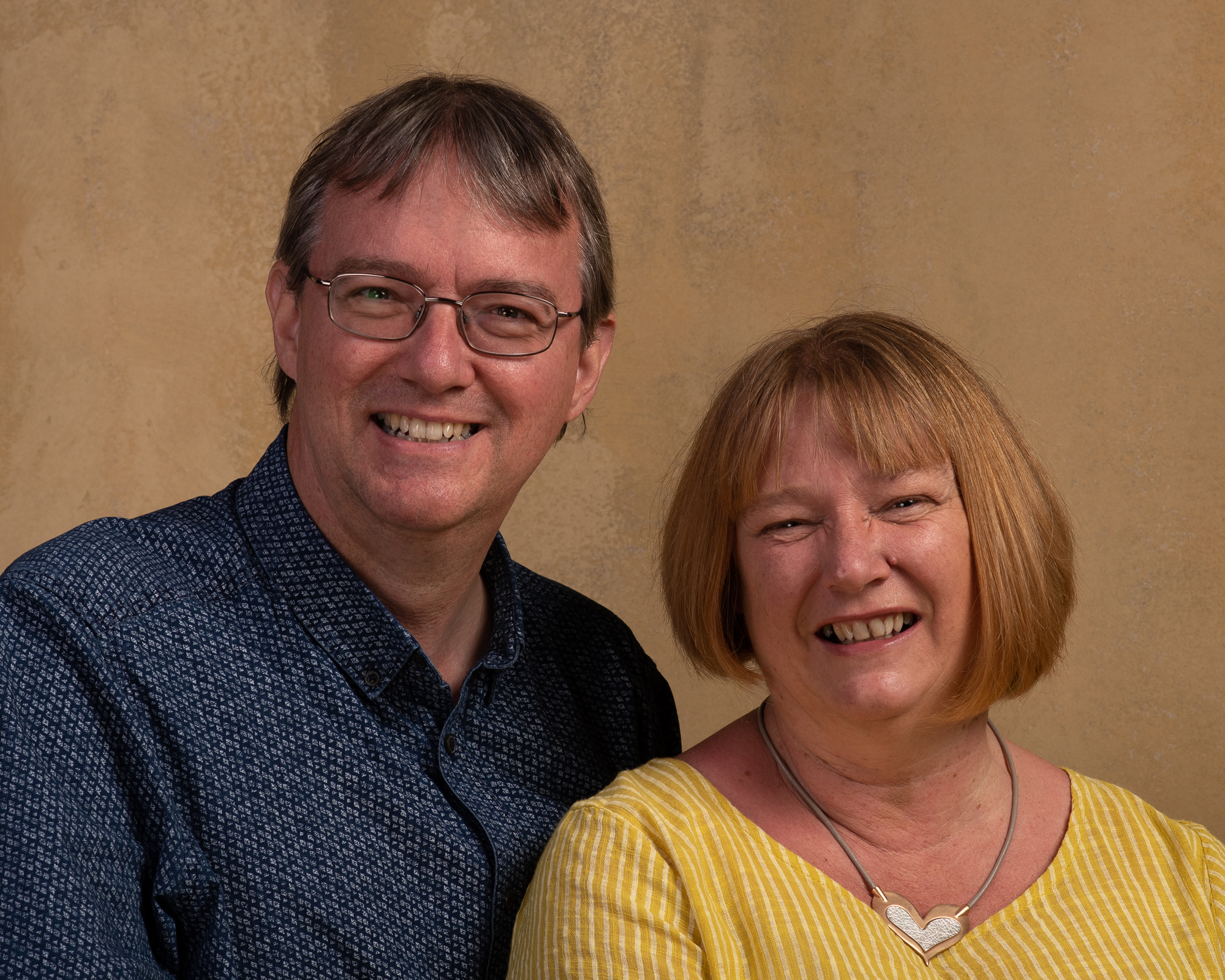 Both Graham and Pam were brought up in non-Christian families, and then came to faith in Jesus in their teens, having both gone through some difficult life experiences. They both have one sister.

Pam was a manager in retailing in Essex and Graham working in East London in alcohol rehabilitation, when they had the call to train at Bible college. They met there at Birmingham Bible Institute (a college founded on preparing for revival), and started going out in Graham’s last term. Graham went on ahead to be assistant Pastor of Haven Green Baptist Church in West London, and Pam joined him a year later when they then married. During their 15 years in London they both worked for West London YMCA, and were also involved as Catalyst Ministries in itinerate work supporting struggling churches into growth.

Graham and Pam had a very clear calling to Cornwall, first coming down in 2001. They later joined the Elim family and have been pastoring Lostwithiel Community Church, ministering generally, but also quite specifically to young people, those from broken homes, and those who wouldn’t otherwise come into a church. They have 3 grown up sons, have 2 adopted daughters, and continue to be foster parents, which is something they have been doing since coming to Cornwall. They have a dog called ‘Teg’ (said Teag, which means beauty in Cornish). 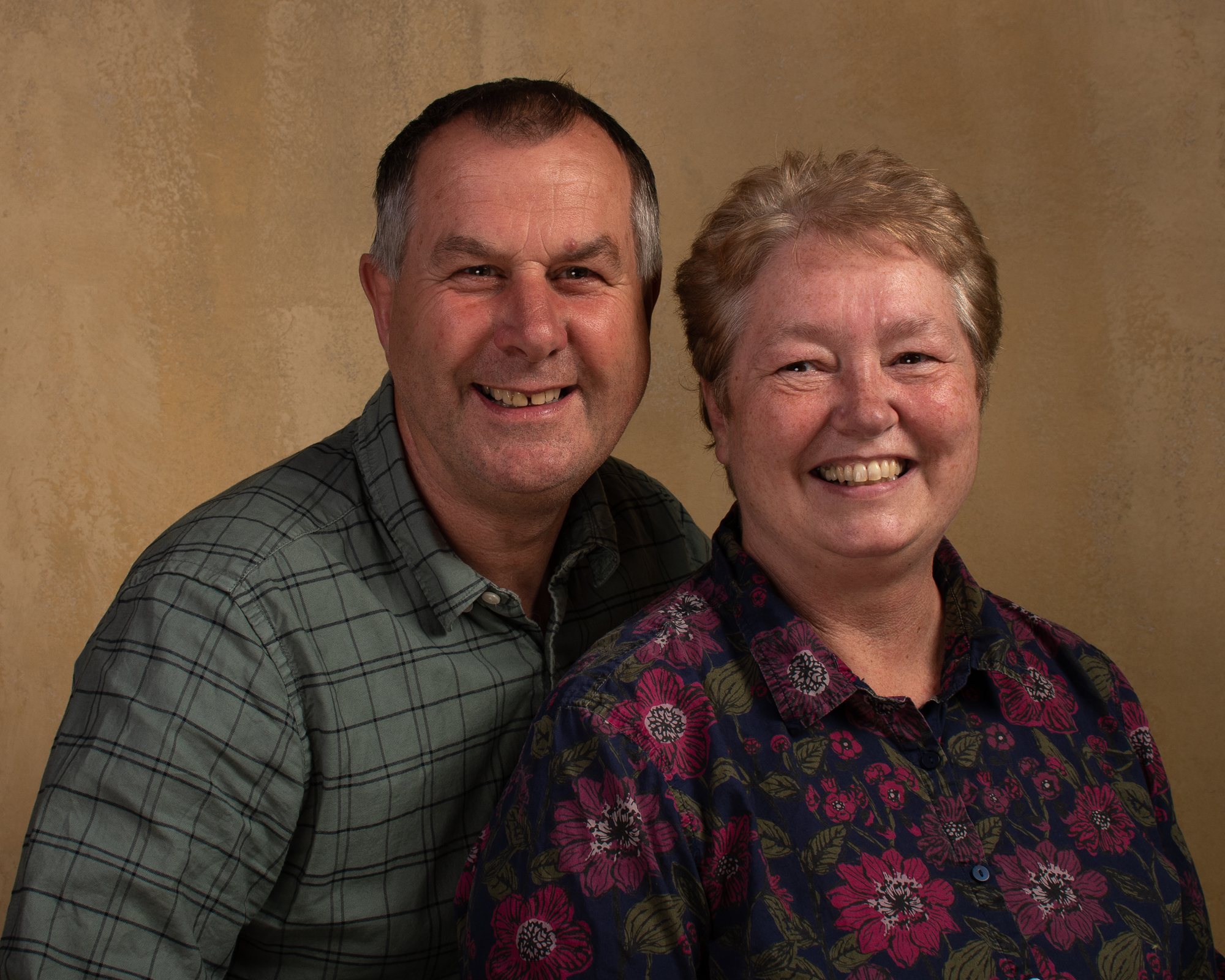 Graham, a true Cornishman, and Yvonne, brought up in Northern Ireland, have been married since 1989 and have two children,  Christy who is married to Tom, and Sheridan.
​
Both Graham and Yvonne have both been Christians since they were children. They have been a part of Gateway Church since 2014.

​Graham is a farmer and they together run a self catering holiday business near Launceston.
​
They are both passionate about connecting with people and seeing lives changed with God at the centre, no matter what their age, and then empowering them to fulfil their own dreams and change the world.

Graham is the Launceston Area Elder and Yvonne oversees the Children Ministry of the church. They also run a Discipleship Hub, which meets every Wednesday evening. 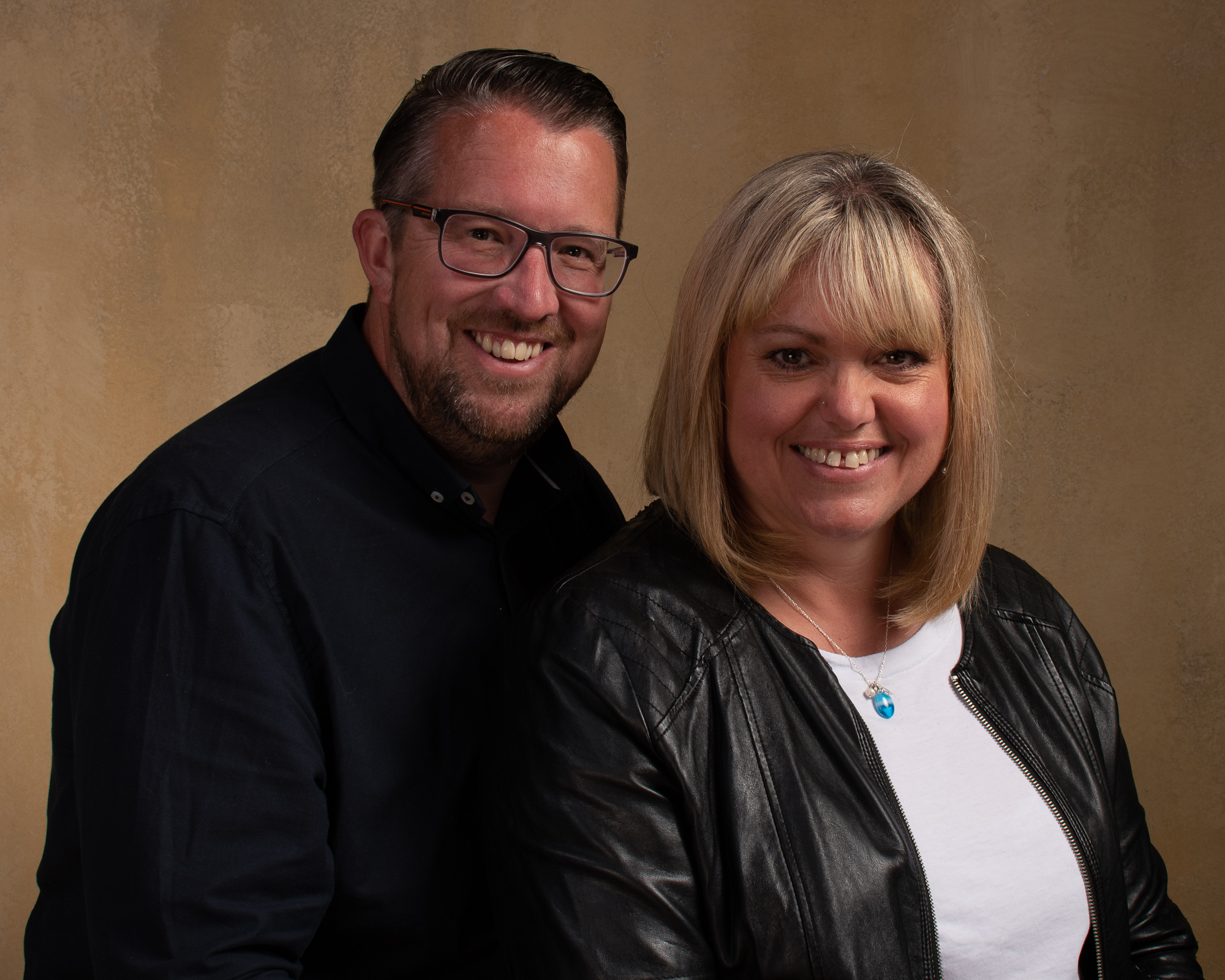 Kevin is the Lead Pastor of Gateway Churches in the Launceston area, Bodmin area and Lostwithiel area. Kevin serves the communities alongside his wife Teresa. They have three children; Izzi, Rhys and Scarlett. Izzi is currently studying at Regents Theological College in Malvern.

Kevin was formerly the Assistant Pastor of Gateway Church from 2012 to 2016 and project managed the Gateway Centre, an old disused Tax Office into a thriving community centre. This is still used by multiple agencies and groups to help the marginalised and disadvantaged people of Launceston and surrounding communities.

In 2016, Kevin, Teresa and two of their three children moved to the Basque Country in the South West region of France and served as Elim Missionaries from 2016 to 2019. They had a vision to build a Prayer room/church in Biarritz and two home churches, in Bayonne and the interior of the Basque Country – all of which were achieved, by the grace of God!

The family returned to Cornwall in 2019 and Kevin took on the role of Lead Pastor of both Gateway Churches. In 2020, Kevin was invited to  became Elim South West Regional Coordinator, working alongside the Regional Leader, to help support 55+ Elim churches in the region. Kevin has a big pastoral heart and views people as Jesus sees them; free, whole and redeemed. He has a passion and vision to raise people up to their full potential in Christ, believing everyone has a purpose and call under heaven. Kevin was born and raised in Cambridge and is a keen Cambridge United fan, but we can forgive him for that.

Teresa has a strong prophetic edge and loves worship. Teresa grew up in a small rural village near Newbury in Berkshire but has always had a passion for Cornwall. Teresa spent every childhood holiday here and always dreamed of moving to Cornwall one day, which she and the family did in 2006. Teresa loves exploring and praying over the many regions of Cornwall, seeking God’s face for the county and walking the family dog. Teresa can be found most days working in the church cafe, Cafe Avodah, as the Joint Cafe Manager.

Since returning to the UK, Kevin and Teresa have carried a burden for unity among God’s church and His people. Kevin has worked hard at restoring prayer and communication between the local churches. The atmosphere in Launceston has notably changed and the unity among the faith filled believers is beautiful – all glory to God!

Kevin is an Ordained Minister with Elim Pentecosatal Church and received his ordination in 2016. Mark is one of those gifted people who are able to do more than one job at any time. As well as being the Administrator for the Gateway Centre, Mark also is our Worship Leader. Mark is married to Julie with a son and three daughters. They have been a part of Gateway Church since 2015.
He became a Christian during the 80’s and quickly developed his passion for God and serving in ministry as part of the leadership of a church based in Staffordshire. Alongside this he has worked as a photographer for a number of organisations both in the UK and abroad and particularly enjoyed combining his love of God and photography with working with such ministries as Christ for all Nations (CFAN) and several others. He later worked as the UK organiser for Voice in the City (Suzette Hattingh Ministries) prior to his call to relocate to Cornwall where he is now based. Worship is at the heart and sensitivity of all that Mark does and his gifting in prophetic teaching underpins his desire and commitment to help people further deepen their walk with God. 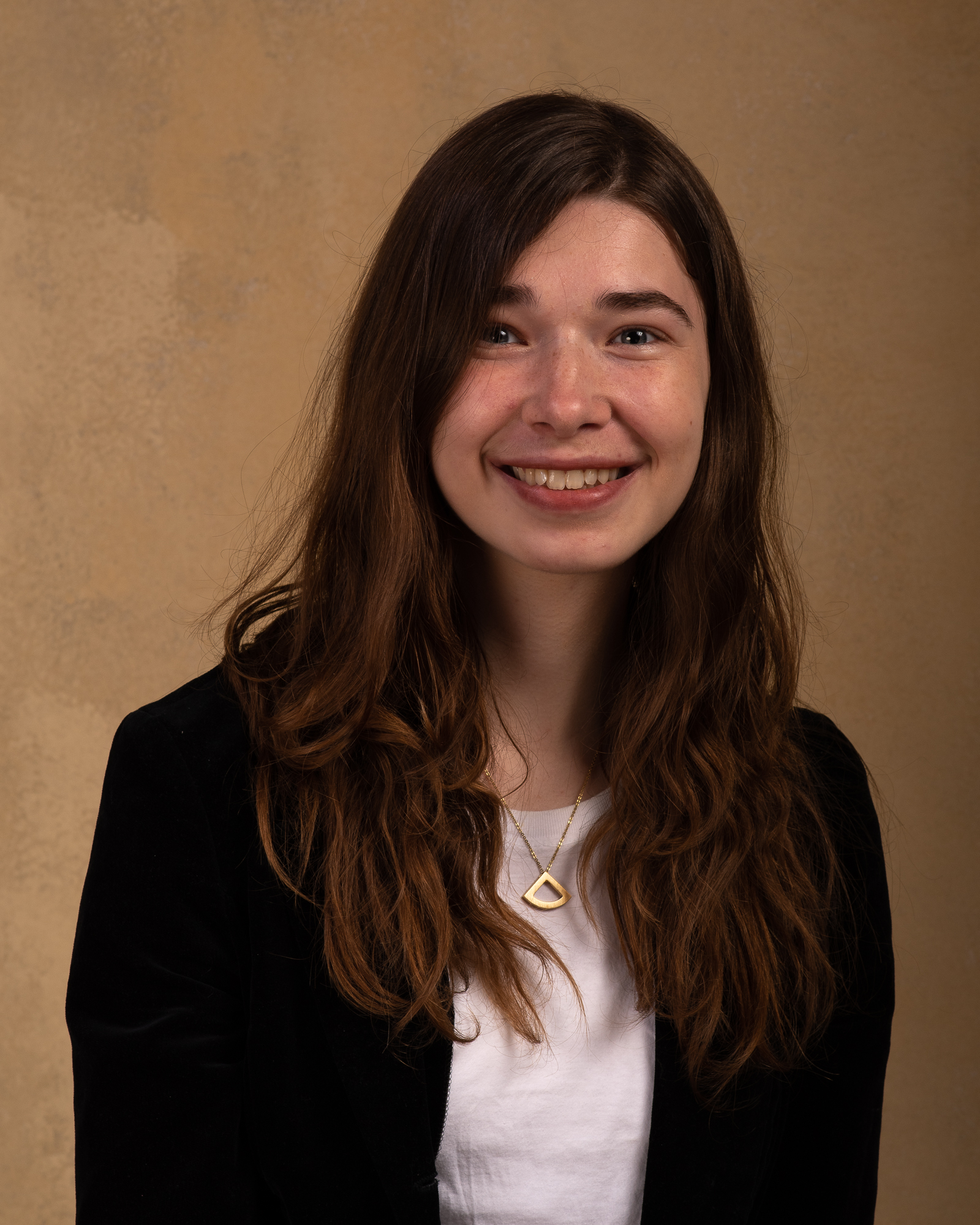 Nelly is part of the leadership team of our Lostwithiel church. 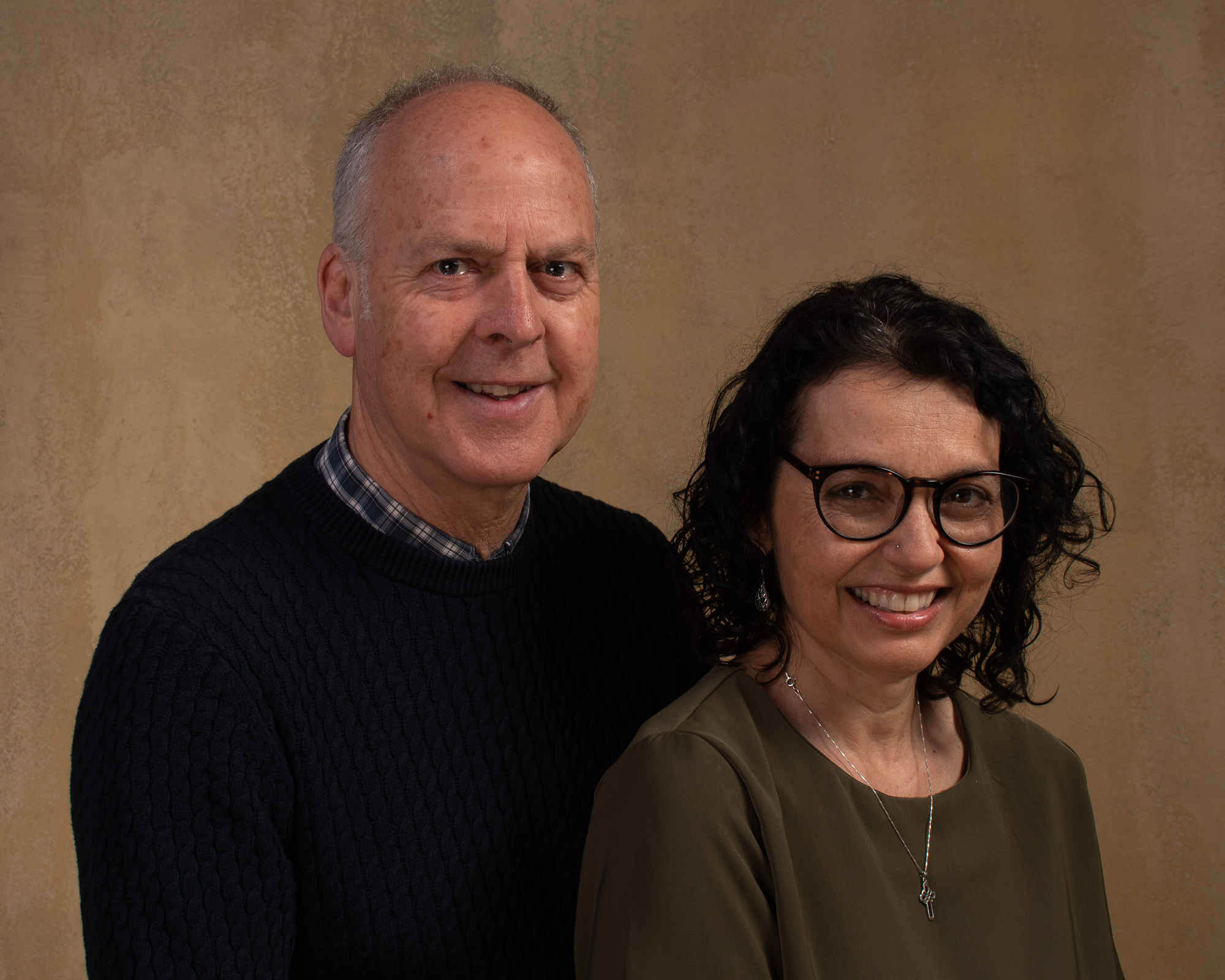 Paul and Sarah have been with Bodmin Church since the church started in May 2014. Both became Christians in their thirties and forties respectively, after trying to do life their own way and realising there must be more than this.

Paul has lived in Cornwall for over 30 years and married Sarah in 2013 when she moved to Cornwall from Surrey. Although Paul’s two children are now adult, they have three lovely granddaughters. Paul and Sarah enjoy spending time with their very friendly dog Misty.

Since joining Gateway Church Bodmin Area, they been active in the church community as leaders, running a Life Group in Bodmin on Thursday evenings and Alpha courses which introduce people to Christianity and give them a chance to ask questions. Paul started Bodmin Prayerspace in 2017. Since then, Christians from various churches in the town come together every Tuesday at 1pm to pray for healing, not only of people but of the town. Sarah is also working with another organisation, KBSK, in the town helping girls and young women develop confidence.

Both work full time as well as being trained workplace coaches. They have a heart for helping people develop their relationship with Christ and reach their full potential.

Paul and Sarah are also the Safeguarding Officers for Gateway Church. 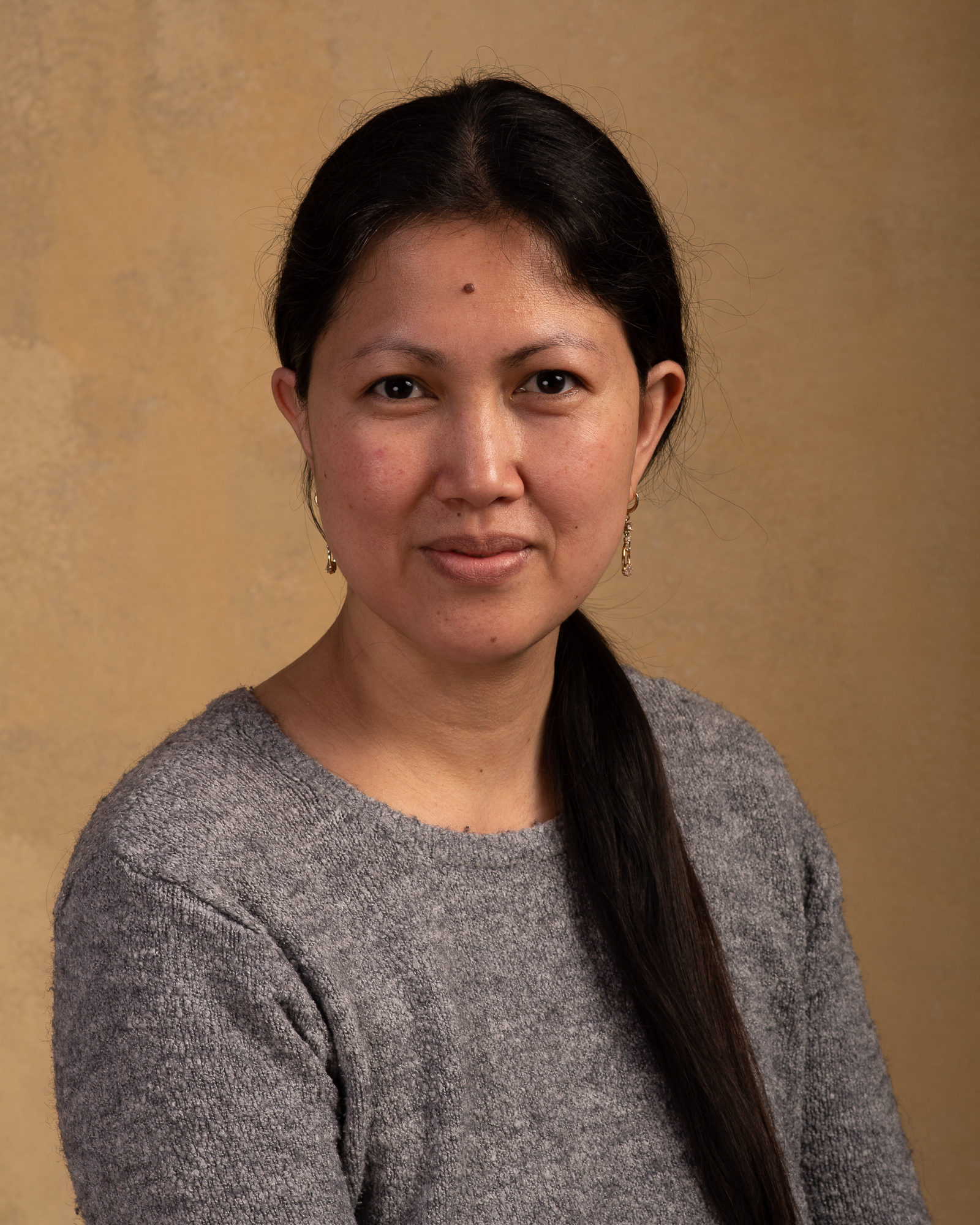 Rio is our Cleaning Manager and is involved in many ministries within the church. Rio is married to Les and has a daughter, Nichole. Rio has been part of Gateway Church since 2015. 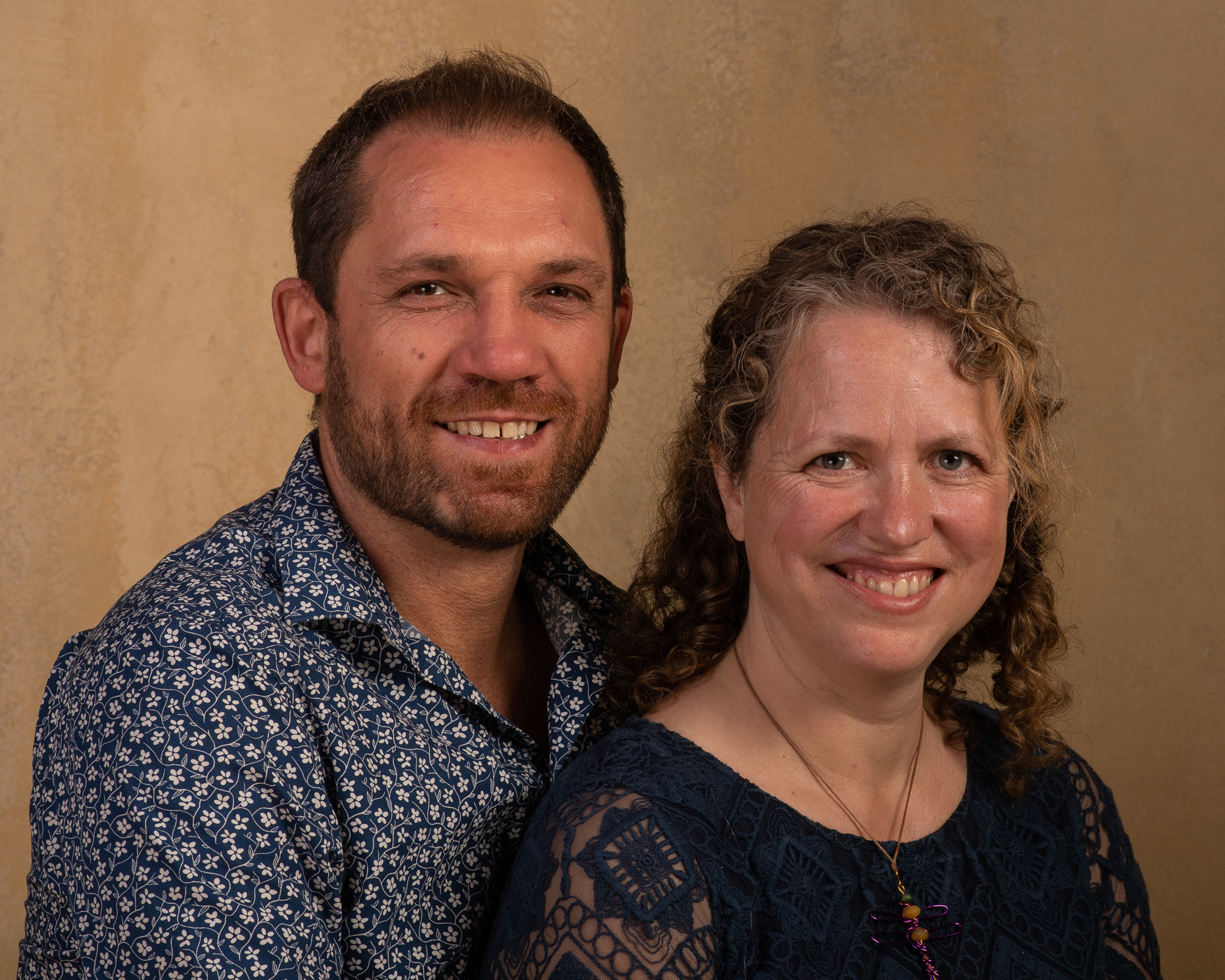 Steve has been the Assistant Pastor at Gateway Church since March 2020 and is currently undertaking his Minister in Training with Elim. Steve & Ruth have three boys aged 16, 19 & 22. Steve works in Property and Construction and Ruth in Mental Health and Care. They have been involved in various levels of church ministry and church leadership over the years.

More recently they have been involved in a leadership team to re-build and re-establish a church, not just its framework but also its culture, values and community.

Their vision is to see the body of Christ strengthened and released to be all it could be, with a strong emphasis on reaching outside of its walls with the power and gifts of the Holy Spirit. 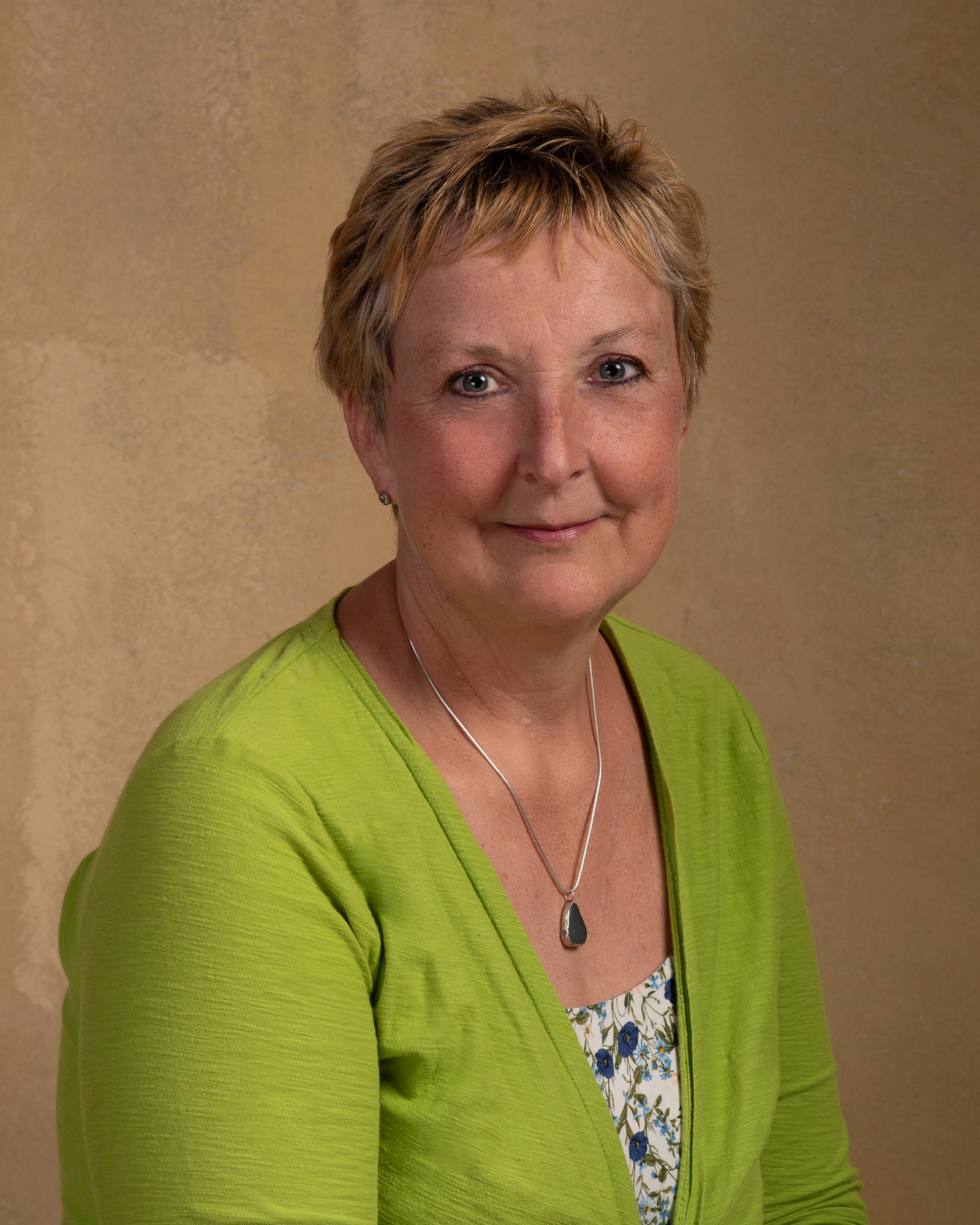 Vanessa is our Finance Officer and oversees the church finances for our locations in Bodmin, Launceston, Lostwithiel and the Gateway Centre. Vanessa is married to Alan and has been a part of Gateway Church since 2016.